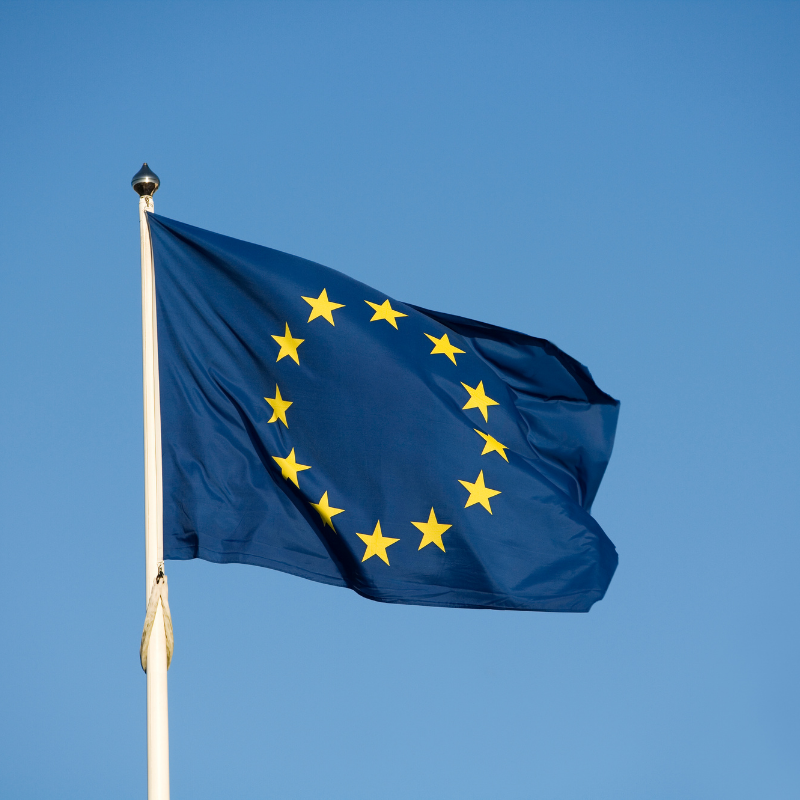 The European Commission announced, on 24 September 2020, that it had adopted a new digital finance package. Europe is currently facing a geopolitical division between the U.S. and China, where Brexit, the populisms, the economic crisis, and the effects of the pandemic are leaning the European citizens towards a pessimistic approach on the European economic future and towards nationalist approaches such as as the Brexit.

It is a reality that Europe has been relegated to a secondary role in terms of digital innovation in comparison to other jurisdictions that could be considered to be more favorable from a legal, and, consequently from an economic perspective. In this regard, it is especially relevant to compare the size of the two most important technologic companies within the EU (Spotify and SAP) as the sum between both of them is 8 times lower than Apple, for instance. Additionally, it shall be noted that the majority of the most important cloud service providers are located in China o U.S. and most of the credit card companies are also from the U.S. (Visa, Mastercard, American Express, etc.), reasons that perfectly explains how the EU has fitted into today’s economic situation.

Taking into consideration the current doubtful context I totally agree with what Roger Van Oech once wisely indicated, “It is not possible to solve today’s problems with yesterday’s solutions.” This proactive approach has also been recently followed by the Commission at the time of attempting to make Europe ready for the digital age through the proposal of the Digital Finance Package, which could be defined as a package of measures to further enable and support the potential of digital finance in terms of innovation and competition while mitigating the risks arising from it.

In this regard, different measures are proposed in relation to three main aspects

The COVID-19 pandemic has evidenced the fact that, in the following years, digital identities will be a fundamental component of an effective digital financial ecosystem. In this regard, the Commission proposes the development of a legal framework for interoperable digital identity solutions that can be reliably used when it comes to the performance of a digital customer onboarding across the Member States.

As the ECB defines them, instant payments are electronic retail payment solutions that process payments in real-time, 24 hours a day, 365 days a year, where the funds are made available immediately for use by the recipient. As the popularity of e-commerce and digital payments continue to increase exponentially, the Commission desires to achieve the full uptake of instant payments in the EU, while providing a real alternative to traditional payment formulas.

As the Commission mentioned, it will work together with the European supervisory authorities to harmonize the European licensing and passporting schemes. In particular, they mentioned that they were working on establishing the same criteria at the time of conceding licenses or passports in areas considered to be relevant within the financial sector (e.g. RegTech, the concession of non-banking lends, etc.). 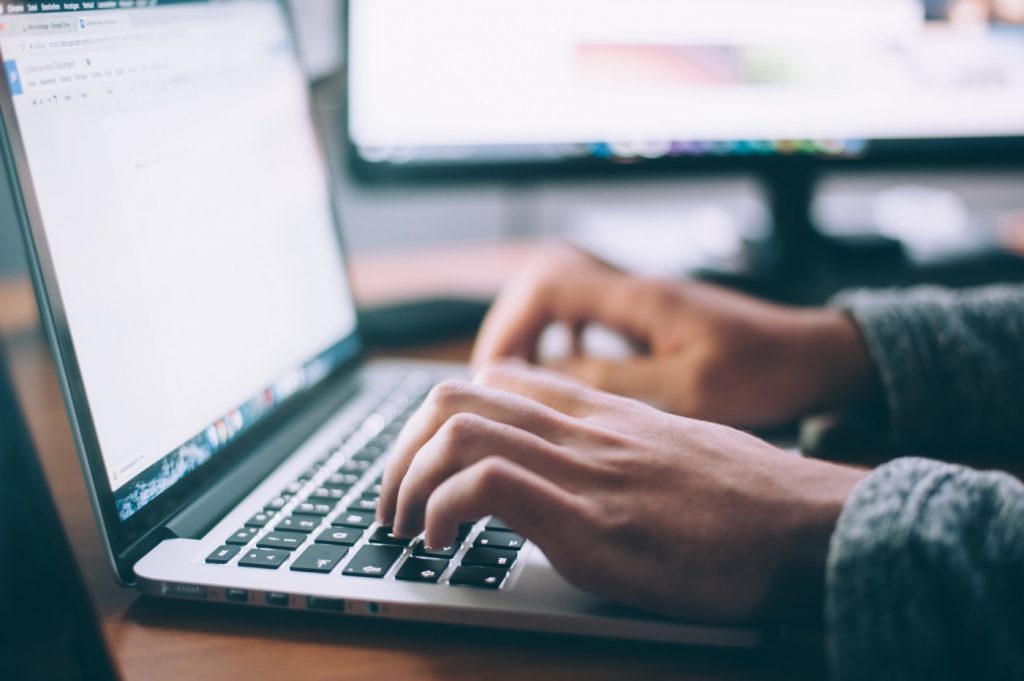 In order to ensure a digital innovation environment, the Commission established several priorities at the time of proposing different measures that are hereinafter summarised:

The emergence of global stablecoins and the exponential increase of the crypto-assets popularity could provide benefits to the financial system and the broader economy as they provide a real alternative for massive and immediate cross-border transfers. Notwithstanding the potential benefits generally associated with the crypto-assets, European institutions have highlighted that proposals like Facebook’s Libra pose a number of risks for consumers, financial operators, and the financial markets as a whole.

In this regard, the Commission proposed a 168-page draft proposal attempting to establish a regulatory framework for all crypto-assets that are not covered by the current EU financial services normative. This framework is aimed at expanding the regulatory scope to ensure that all the different types of crypto-assets (including the renowned stablecoins) are properly regulated, establishing, among others, a number of requirements around investor disclosure, pre and post-trade transparency obligations for crypto exchanges, as well as a variety of controls for crypto-service providers.

Promoting the use of cloud computing infrastructure

It was well known that the EU is willing to compete in the market of cloud computing due to the potential economic incentives they are typically associated with it. Nevertheless, what came as a surprise was the announcement of the Commission in which it indicated that it is working to launch a European cloud services marketplace in the short term.

The Commission outlined that this marketplace is intended at enabling access to alternative cloud service providers, in what seems to be a strategic move to reduce the economic risks derived from the current Asian and American concentration of the market.

Promoting financial solutions based on AI

European supervisory authorities and the ECB have been invited to develop regulatory and supervisory guidance on the use of AI in the financial sector, ensuring a future-proof AI legislative framework on an on-going basis.

Said guidance will take into account the proposal for a new cross-sector regulatory framework for AI expected to be shaped in 2021, which will take into consideration more general challenges such as compliance with the obligations imposed by the General Data Protection Regulation (Regulation (EU) 2016/679) (‘GDPR’), which was recently addressed by the European Data Protection Supervisor (‘EDPS’)1 and which generates uncertainty from the perspective of financial operators. 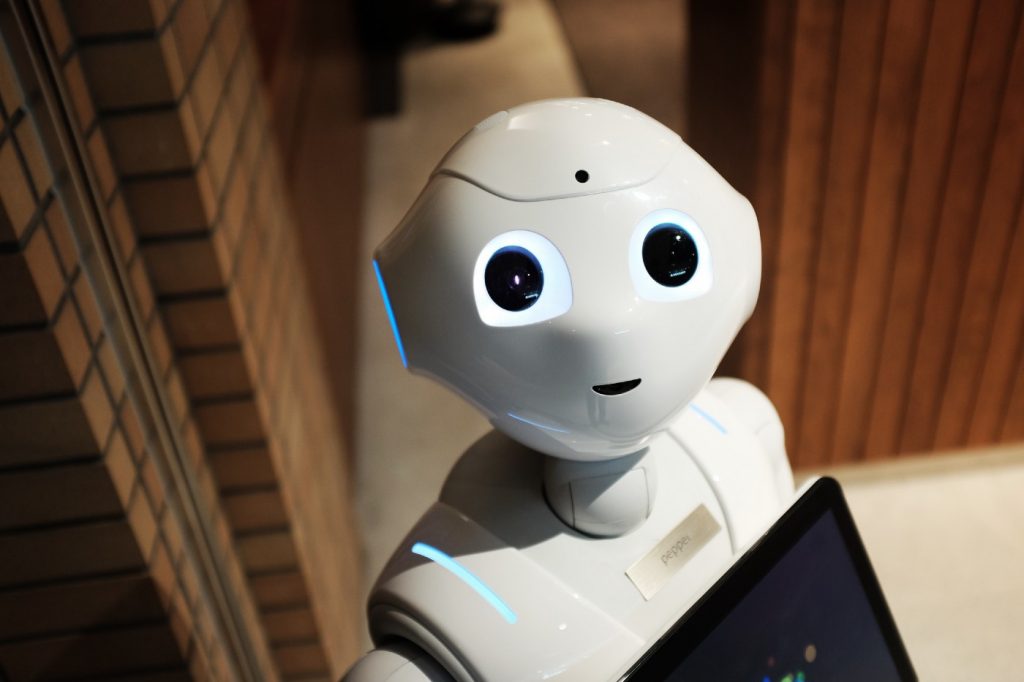 Promoting data-driven finance is considered to be of special relevance for EU regulators as it is a fact that the current EU financial environment in this regard is less developed if we compare with other jurisdictions that have a current regulatory framework that promotes access to data with no limitations whatsoever, despite posing a number of risks for the consumers. The two most important measures introduced in this regard are:

Addressing the challenges and risks

It is clear that the principle “same activity, same risk, same rules” has been followed throughout all the design of the Package aimed at establishing a regulatory environment that promotes digital resilience, data protection, and appropriate prudential supervision. While developing these measures, the Commission is trying to attract foreign investors and technological leaders in order to reduce the gap with jurisdictions such as the Chinese and North American.

In relation to the digital resilience, the Commission presented a legislative proposal (also known as DORA) in order to enhance a separate framework for critical third-party ICT providers (e.g. cloud service providers) to ensure that:

In general terms, the Package could play a fundamental role in boosting Europe’s competitiveness and innovation in the financial sector while overhauling the current outdated regulatory framework that, as the market has demonstrated, does not encourage enough financial operators to innovate within the EU.

As already mentioned, these policies are going to play an important role at the time of determining whether Europe can lead on digital finance, to support the economic recovery, and benefit Europe’s consumers and businesses. Although these proposals have been significantly welcomed, as Sandy Shaw correctly pointed out in his song, nothing comes easy, especially at the time of assessing what would be the practical outcome of the Package due to the different challenges that its practical implementation would entail.

For more information on the Digital Finance Package, you can contact Gonzalo via his LinkedIn

If you would like to be featured as a guest writer in the Blog, you can submit your article idea here and we will get in touch with you soon. 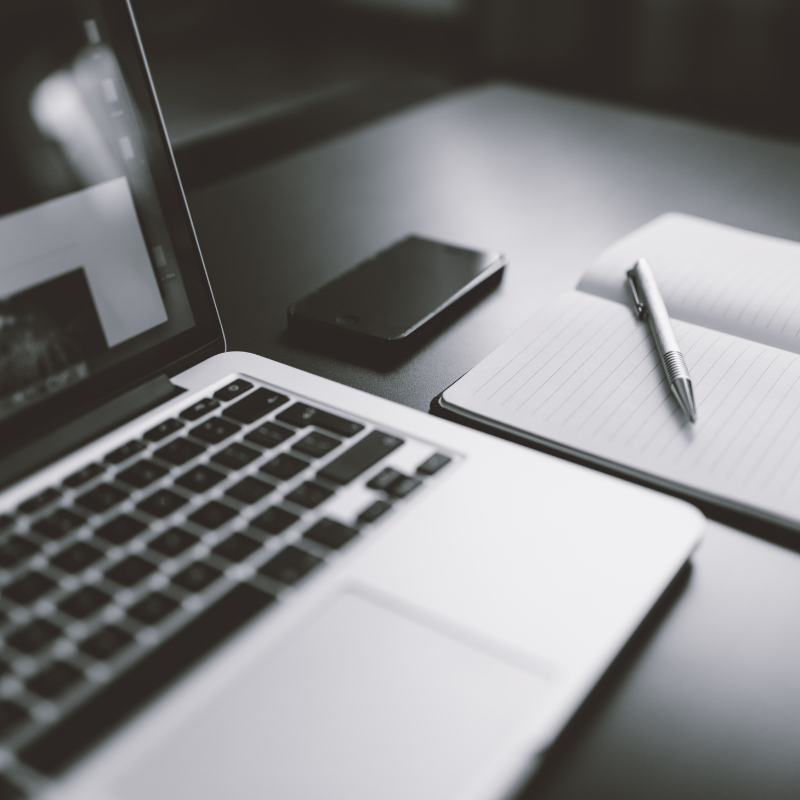 Welcome to the Nova Blog

This is not a normal blog site. I can certainly tell you it’s not.  But before diving into what the Nova Blog is, and get to know the different sections we have created for it, let me explain how the idea of creating a unique space with the best stories Continue reading…

Posted under The Novas behind Novas 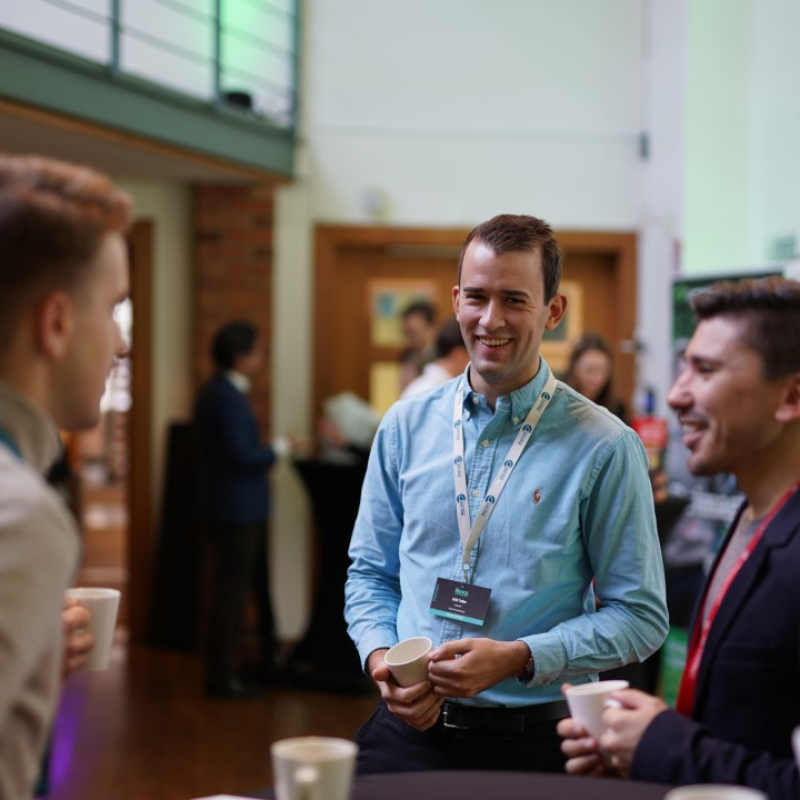 When I started this article series, we were all experiencing fear and dealing with unprecedented uncertainty, and, to a certain extent, we still do. However, as we transition into a reality that will deal with uncertainty on an ongoing basis, we see that the markets are reacting fuelled by significant Continue reading… 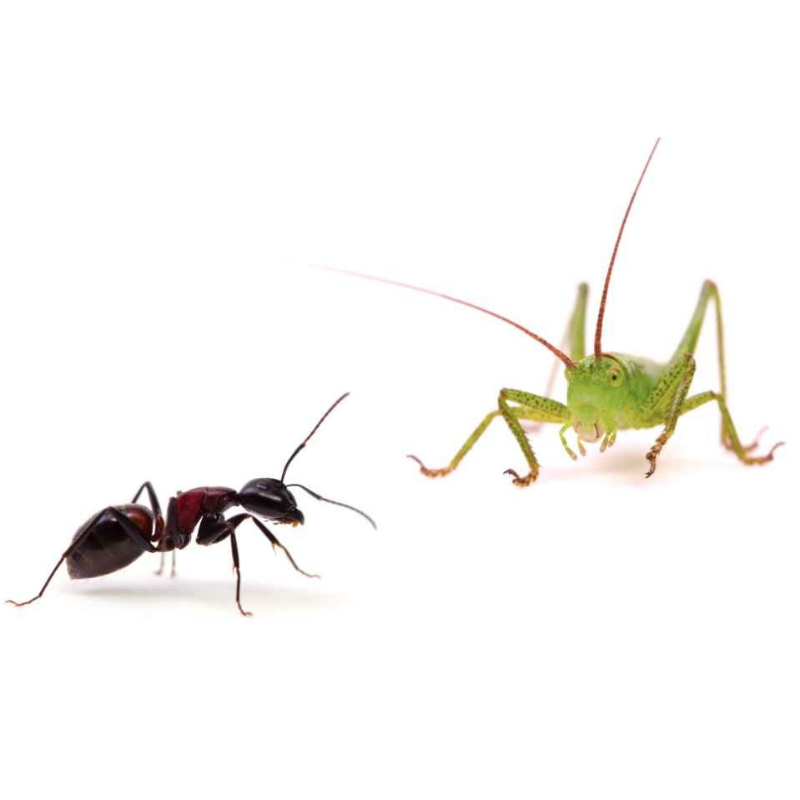 In the first article of "F(h)iring in recession" series, "What brought you here, won't bring you there", I covered the challenges of keeping in mind the future business needs of the company when firing and hiring talent during this recession time. In this article, we will move the focus towards talent Continue reading… 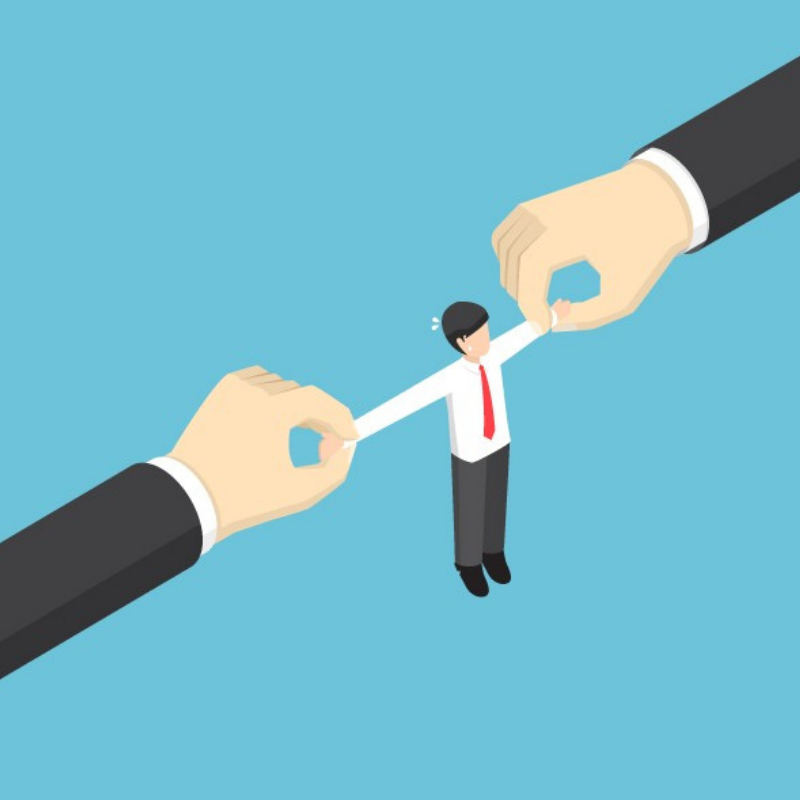 Whether as a leader at your company you’re thinking about hiring or firing talent in the midst of the pandemic, chances are that you are feeling pressure and an overall sense of urgency that is leaving little time for strategic considerations and in-depth assessment. I've personally experienced a lay-off during 2016 when, Continue reading…